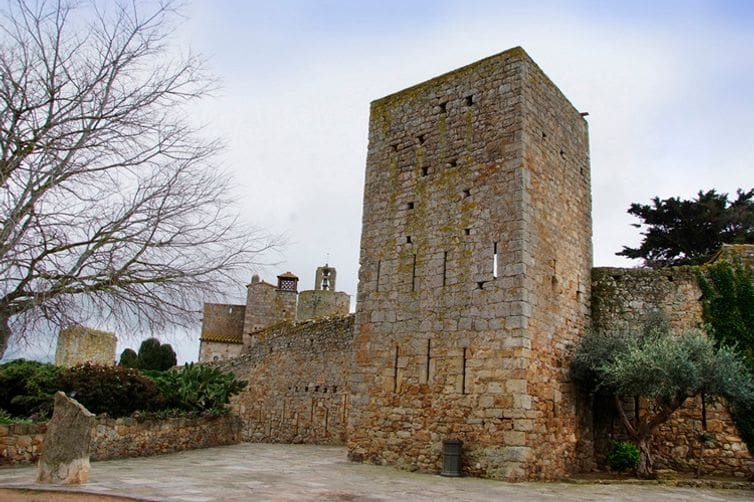 Pals has a remarkable historic heritage. When strolling through in its walled enclosure, you can sense the magic in the stones that are practically unchanged by the centuries. The Romanesque, Gothic and Baroque styles all combine beautifully here. You can admire the delicate craftsmanship of the stonemasons and blacksmiths in the windows and iron grilles and grates ... It doesn’t matter if you know the town, because as our old friend Josep Pla said [...] Pals is good not for one but a hundred visits [...] and each time you will find hidden details that surprise you.

But there is more to Pals that his old quarter;  there are some interesting farmhouses too, some of which are fortified. We would single out Mas Roig, Torre Pedrissa, Cap dels Anyells, Mas Tafurer, known as Molí de Pals, Mas Gelabert, Mas Jofre and Can Pou de Ses Garites.There is also the Torre Mora which has watched over the comings and goings of seafarers since the 15th century, and which is now a space for picnic tables and benches, with a shady pine grove that is an ideal play area for children.

Any conversation about Pals must mention its rice, which is an essential part of its cooking and its landscape, which changes radically with the seasons. The rice fields become mirrors in the springtime, when the countryside bursts into colour, making it twice as beautiful. The trails through the fields offer visitors the option of making excursions on foot or by bicycle.The fittest among them can walk or cycle to the highest point of the Massís del Quermany, the highest point of the local landscape. Along the way they will discover places like Mines d’en Bofia, a quarry dating from Roman times where the rambler will find fresh air, and once at the top they can enjoy a spectacular view of l’Empordanet (the “little Empordà” consisting of the Gavarres, the Pyrenees, Pals beach, the Medes Islands). Pals beach is long and sandy, and an ideal place for swimming, water sports, games or simply for resting to the gentle sound of the waves.

The efforts of Pals to preserve its heritage has earned it the following awards and nominations:

In Pals you can find the whole of the Empordà region in a single town!